The dKart Simulator is an integrated system for maritime training and operators of ship traffic control systems in ports and coastal areas.

This system makes a great contribution to: 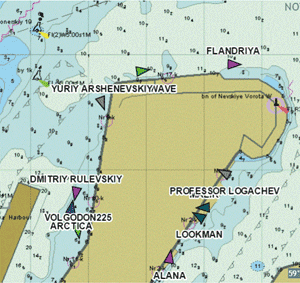 To display the target position and other information, the system simulates AIS data using a local or remote server via LAN or the Internet. The system also supports the sending and receiving text messages via AIS.

The instructor can adjust alarms criteria

The alarm is followed by a text message, an audio signal (optional) and can be used to quickly position the map according to the position of the vessel that caused the alarm. 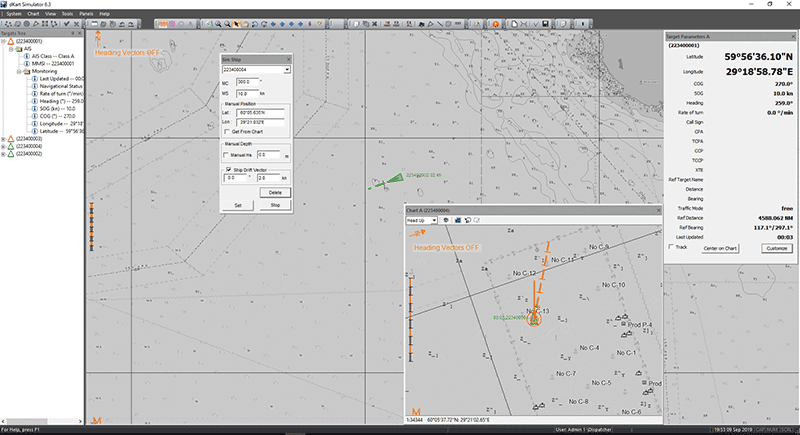 The instructor's workspace is designed to combine information on the movement of ships from all types of external sensors at one workplace, usually with several screens. The system works in the Microsoft Windows environment, has a modern user interface with the ability to configure information windows, graphics, texts and interactive components.

Most of the parameters of the navigation environment are saved for the purpose of its repeated reproduction in the learning process.

The system allows you to export recordings in AVI format, which after that can be played by a media player on any other PC or mobile device.

Playback provides a wide range of reports, detailed information on entering, exiting, crossing the set boundaries of the vessel in the service area.

The system is an effective tool for staff training, statistical analysis, etc.

The system allows you to display marine electronic charts in various formats.

The main format on which the system display is based is the S-57 ENC format, produced by national hydrographic services.

The software component responsible for displaying the map has a built-in editor of the user layer of objects, which allows you to add various objects and their characteristics to the maps (special areas, lines, signs, etc.).

We've received a Recommendation Letter from Estonian Nautical School on November the 6th, 2019: